Cold Lake is the fifth mystery novel in the David Wolf Series by Jeff Carson.
When a fisherman rolls in a plastic bag containing a severed human head from the depths of Cold Lake, Colorado.
Sheriff David Wolf and his deputies rush to the scene and quickly realize that there are more surprises to be found below. 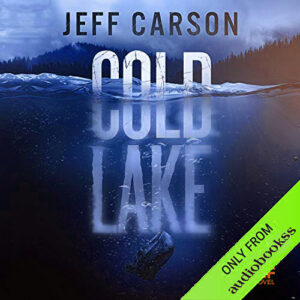 Their grim discovery opens up a chilling case that Wolf’s father did 22 years ago. Wolf must try to succeed where his father failed him.

Amid sweeping political changes his department and the entire county are in competition. Wolf and his deputies realize unsettlingly that there is a dangerous serial killer in their midst – one that won’t stop there to hide.

Can Wolf and his deputies reveal the truth before someone pays the final price?