Dark Legend is the eighth romantic novel in the Dark Series by author Christine Feehan.
A surging bloodlust demands satisfaction. As he hunts the dark streets of Paris for his prey, a voice calls to him, soothing, soothing, giving him the strength to control his cravings. 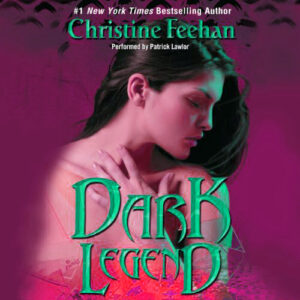 Francesca Del Ponce is a healer, a woman who radiates kindness as powerfully as the sun shines. His obsession with her would make him like his twin gone, leaving the world with two monsters instead of one.