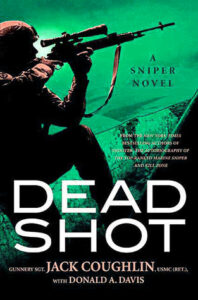 An Iraqi scientist was murdered just before he revealed the terrible secret that Saddam Hussein had taken to his grave: the Palace of the Dead, home to chemical weapons that Islamist gunmen secretly developed development and its formula almost completes the assassination.

The mysterious sniper named Juba, who was originally trained by the British but now works with an evil mastermind, is determined to take the leadership of the terrorist world from Al Qaeda.
Kyle Swanson, once the top sniper in the Marines, became a key member of a clandestine special operations team known as Task Force Trident. As Juba tests new weapons by killing hundreds at a British royal wedding in London, Swanson is tasked with hunting down his old special operations rival.