Desert Sniper is an extraordinary story about a man’s journey from goodwill volunteer to skilled sniper, setting himself on fire to fight one of the greatest evils of the century. 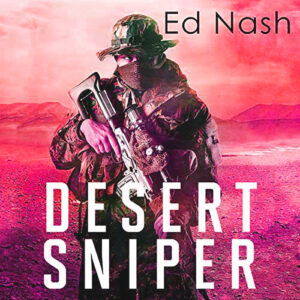 Ed Nash had traveled the world and worked with refugees in Burma when he first became aware of the horrific atrocities being carried out under the newly formed IS caliphate, including large areas of Iraq and Syria. In June 2015, he chose to make the perilous journey, through Northern Iraq, to ​​Syria, to join the poorly-equipped and poorly trained but battle-hardened Kurdish forces as they tried to halt the advance. Daesh’s relentless.

Nash is an obvious companion as he unpacks the changing intricacies of the political and military situation he finds himself in. As one of the vibrant foreign volunteer fighters – veterans of other conflicts, adventurers and underdogs, from many different countries – he goes through rough training. and early combat operations as he and his companions gradually gained the trust and respect of their Kurdish colleagues.