Dirty Money is the 24th mystery novel in the Parker series by author Richard Stark.
Master criminal Parker takes another turn for the worse as he tries to recover the loot from a heist that has gone horribly wrong. Parker and two accomplices have stolen property from a moving bank, the heat of the police is so great that they can only escape if they leave the money behind. 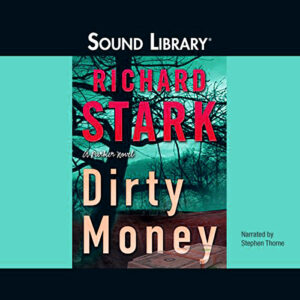 Parker and his associates conspire to reclaim the spoils, which they have hidden in the choir attic of a disused country church. As they execute the plan, people on both sides of the law use force at their command to stop Parker and get the goods for themselves.

Parker’s new outing truck is an old Ford Econoline with “Christ the Redeemer Choir” on the door, his gang is anything but saint and Parker will do whatever it takes to redeem it. his prize, regardless of who was injured in the process.