The Story Keeper is the second novel in the Carolina Chronicles series by author Lisa Wingate. New York-based successful editor Jen Gibbs is in a high position at Vida House publishing house. An old mystery appeared on top of her work pile. The life of Sarra, a multiracial girl, is trapped by the dangerous Appalachian man. What does Jen Gibbs do when she knows this secret? 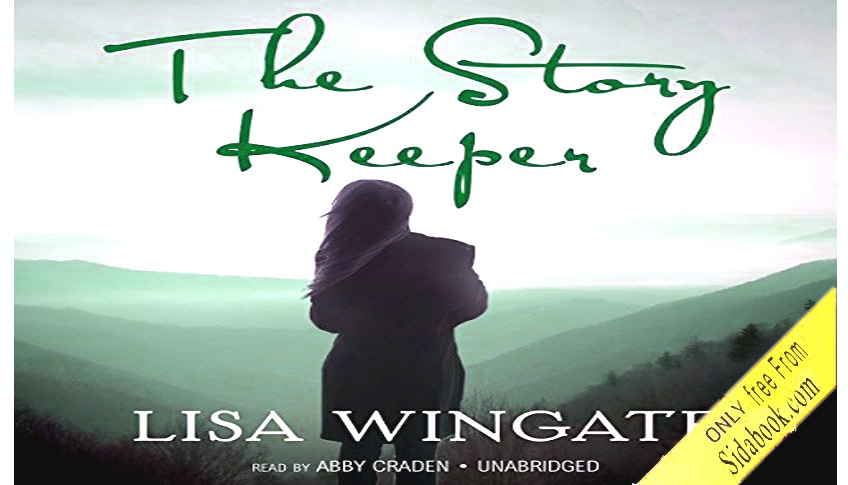 This one deserves ten stars . . . wow . . . it hit me deep in my being . . . Jen Gibbs, a successful editor in New York has to make some choices . . .Jen, supposedly has left her past behind, buried it, in fact, just like the partial manuscript, that somehow showed up on her desk from the slush pile . . . Back in North Carolina, only a few miles from where Jen grew up, is the home of Evan Hall . . . the author that Jen suspects may have written the story that mysteriously showed up on her desk . . . With only a few chapters, submitted more than 20 years earlier, Jen is drawn into the story, and risks taking it to the president of her company at Vida House Publishing . . . This begins a journey for Jen (Jennia Beth) into a time and place she thought was buried . . . with the two stories running parallel, Rand and Sarra (the young Melungeon woman) in the 1800s running from Brown Drigger and his men, and Jen returning to the Appalachia mountains where she grew up, in search of the rest of the manuscript and the author of The Story Keeper . . . Jennia Beth (to her family) is forced to face the demons from her past, the reasons she left in the first place. The contrasts of love and hate, of finding out who God really is, of sussing out the difference between legalism, religion and the truth of Jesus Christ in a place where suspicion, customs and family loyalty run deep, are what makes this book extraordinary. The love between sisters, family, who have and are choosing very different paths in life is very painful, yet real and good in the way that Lisa Wingate chooses to portray it. There is a depth of understanding and healing that comes from listening/reading her books. They don’t come much better than this.

The audible version of the story keeper it’s a good one. There are two narrators, one for the current day story, and one for the earlier Appalachian story.
Bahni Turpin does a great job with the Southern accent and capturing the different character’s voices.
Abby Craden does s good job, but sometimes it just sounded too dramatic, especially at the end. I wish I had read the ending instead of heard it, as I think I would have enjoyed hearing in my head better.
But both narrators read the story well.
I’ve submitted a review for the book as well.
This is just my review of the performance.

Good story but narrators ruined it.

The story was interesting but the narrators made it difficult to continue. At times the narrators were so over the top with the accent that I was unable to understand what they were saying. Jenn Gibb’s narrator was over dramatic and kept throating her voice it was obnoxious.