Live to Tell is the fourth book in the Detective D.D. Warren by famous author Lisa Gardner. On a warm summer night in the working-class neighborhood of Boston. Four members of a family are murdered. Whether they were murdered or committed suicide, veteran detective D. D. Warren investigates the case. 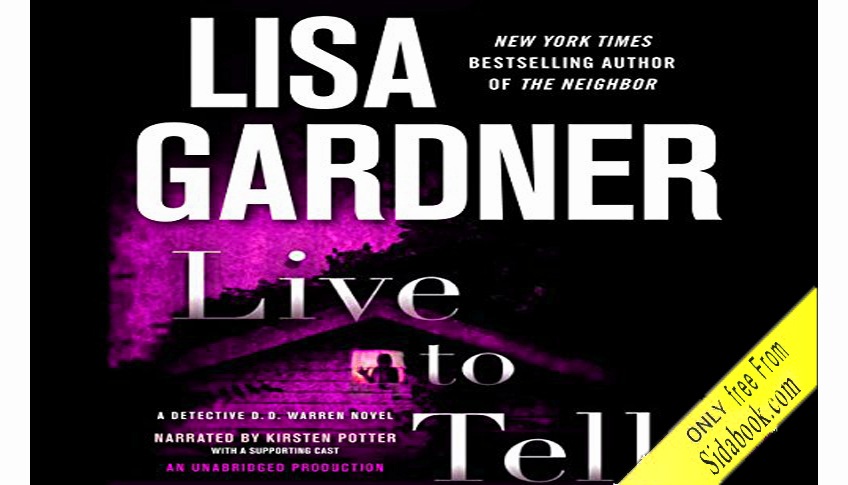 Live to Tell Doesn’t Live Up at the End

There are some things to like in this story, enough to merit a 3-star rating, but rather than gaining momentum to the end, I liked it less. First, the positives. The multiple narrators were good, particularly since various chapters tell the experiences of different primary characters. The narrator for D.D. Warren was good, and the narrator for the Danielle character seemed a great fit. Also, the theme of disturbed children and the various family and institutional caregivers set up an interesting framework, and presented multiple perspectives that seemed genuine.

Now for the reasons my enjoyment and rating sank. I’m not impressed by Detective D.D. Warren. She seems to interject a dislikable, smart-alecky and inappropriate denigration of people she’s interviewing. She jumps to scattered presumptions, based on no meaningful evidence. She spends so much time thinking about how she’d like to have sex with half the men she works with or meets, but would be better served to be thoughtful about her case. She brings her detectives into an operating ward for disturbed children, in the middle of the night, to serve a warrant that could have waited until the full day staff was present, and then blames the caregivers when things go wrong due to the caregivers giving attention to the detectives. And finally, the whole plot started to slip (I’m trying to avoid a spoiler) with the focus on the “interplanes”. For me, the plot sagged from diabolical, to simply preposterous and ridiculous. Fortunately, the book ends with a final narration by “Danielle” rather than D.D. Warren, and that boosted the feeling of resolution and satisfaction. Back to D.D. Warren, this is the second recent book where I’ve had similar negative feelings about the quality of her “detecting” and her tendency to go off on ridiculously unfounded premises. There are a lot of better-written detectives and investigators to pick from.

One of the best I have listened to in a long time!

I really enjoyed this book, while the story was sad and heartbreaking I couldnt wait until the outcome. Narration was equally as good, a worthwhile listen

“I can’t stop listening/reading!” this is what all my friends have said too. It’s fantastic and you never look at a kid the same way when they are acting out, like at a grocery store.. ???? …. I love Lisa Gardner’s books! Great Job!