Prince Lestat is the 11th novel in The Vampire Chronicles series by famous author Anne Rice. This is an intensely ambitious epic novel that brings together the world and chronicles of vampires from modern-day New York, ancient Egypt, Renaissance Venice… The vampire world is in crisis – their fellows are multiplying out of control. They communicate with each other thanks to modern technologies from previous centuries. 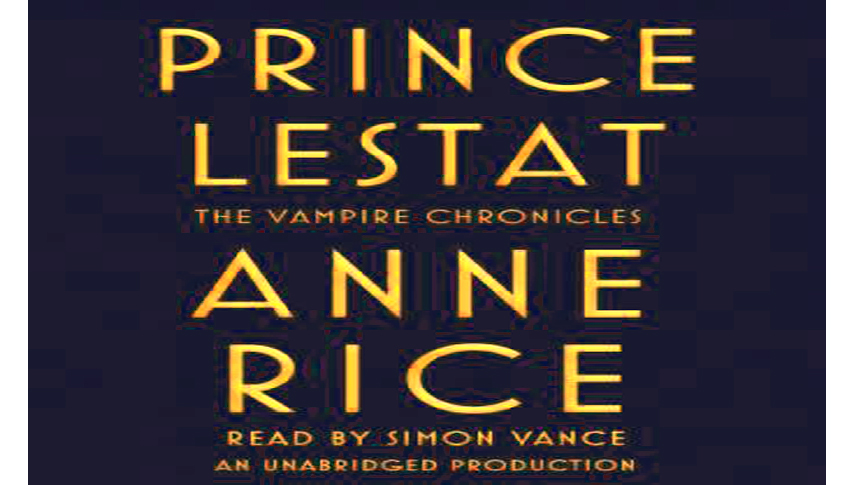 I’ve read/heard and greatly enjoyed and admired several of Anne Rice’s vampire chronicles. This one, not so much. The reading is superb, and for that matter, so is the writing. But the story falls short for me. Although devoted followers of the series will probably disagree–and I didn’t come to the book expecting hand-to-hand combat among immortals–after 90 minutes of listening, when nothing whatever had happened, I gave up.

Oh how I have missed this series

Would you listen to Prince Lestat again? Why?

Yes. All books by Anne Rice are good for multiple reads and this one is no exception.

I have always been an avid fan of Anne Rice and own both the vampire chronicles and the mayfair witches in hardback. I had quite forgotten how much I enjoy Anne Rice’s writing and was excited to see Prince Lestat offered here on Audible. The book was well narrated by Simon Vance, I always enjoy listening to Mr. Vance and thought he was an excellent choice to narrate this book. I appreciated the opening chapter which served as a brief overview or catch up from previous books since it has been such a long time between books. On a side note, the Witching Hour was one of my all time favorite books and I was disappointed to discover that this and many other Anne Rice books are only offered abridged. I would like to see more Anne Rice books offered unabridged here on Audible, I would likely buy them all.

I’m really perplexed at so many bad reviews for this book. It’s been years since I’ve read any of the older books, at least 15. And I’m pretty sure I skipped some of the side stories.

I feel that this book was a perfect way jump back into this “universe”. Unlike many of these whining reviewers, I really enjoyed all the characters that were brought into it, and it was really easy to keep track of them with the way the chapters were broken up. I had always wanted to know more about the very ancient vampires, the Talamasca, and about Amel.

Without spoiling too much, some long standing questions were answered, and the climax was great in my opinion, and even some sad points (sad for someone like me who read the main sequence books and loved them decades ago).

I’d say this book was way better than Tale of the Body Thief and Memnoch the Devil. Not as good as Queen of the Damned, and on par with Interview and The Vampire Lestat.