Apollyon is a book in the Left Behind series by Tim LaHaye and Jerry B. Jenkins. The Tribulation Force is gathering in Jerusalem where thousands of believers are receiving important teachings from their leader. They must be prepared for the fourth Trumpet Judgment prophesied in Revelation. Even the sun will be affected, and a plague of anguish will break out on the earth. 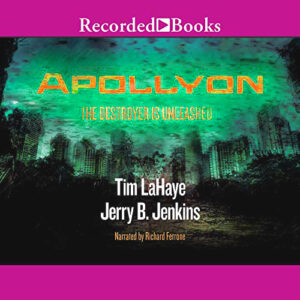 As the Force of Misery continues its dramatic struggle against evil, Apolyon delivers stunning apocalyptic images. Richard Ferrone’s engaging narration captures the suspense of physical conflicts and the drama of mental challenges. The first book in the inspirational story of LaHaye and Jenkins, published, it has attracted millions of fans worldwide. Apolyon, the fifth volume, is a thrilling continuation of the battle between the followers of Christ and the forces of Nicolae, the Antichrist.