Easy Prey is the eleventh mystery novel in the Lucas Davenport series by author John Sandford. 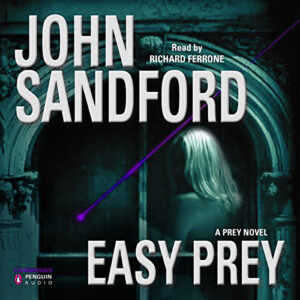 In life, she is a famous model. In death, she is at the center of a media storm that is demanding action from Lucas Davenport. One of the men was a suspect in her murder. But as a series of bizarre murders unfold, Davenport suspects there’s a connection deeper than anyone imagined – one that leads to an ingenious killer more ruthless than anyone.

I think you’ll see a lot different Davenport in this novel, Sandford definitely focuses on the promiscuous side of Davenport’s character, which makes him seem a little less likable than the other books. .