Hit List is the 20th literary fiction book in the Anita Blake, Vampire Hunter series by author Laurell K. Hamilton.
A serial killer is hunting the Pacific Northwest, murdering his victims in a gruesome and spectacular fashion. Local police suspect “monsters” are involved. 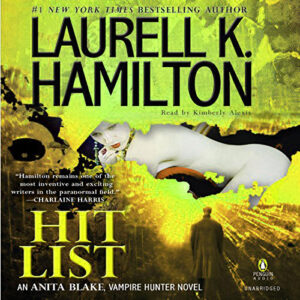 Anita Blake and Edward, U.S. Marshals, who really know their monsters, to catch the killer. Some monsters are very real – and even just saying their names can get you sentenced to death. The rogues of the vampire world, The Harlequin, are in America to hunt down the tigers and the human police. Edward thinks the serial murders are just a trap – to lure Anita closer to the most dangerous vampire they’ve ever hunted.

All of the characters are cardboard sheets scurrying around the soundstage. Anita got into a fight with the local sheriff, checking. Marshalls doubts her loyalty, check. Anita shows off her super special knowledge, check. Anita meets another super special to add to her harem, check. Anita duel and injured, check. Medics marvel at her healing powers, check it out. Anita was strangely manipulated by Olaf, examined. Anita shows her humanity by helping a fallen officer. Anita worries about everything, about a million checks in the entire book.