Goldfinger is the seventh novel in the James Bond series by author Ian Fleming.
The canasta game gets winding and a golden girl ends up dead. Auric Goldfinger is a terrible loser when it comes to cards. 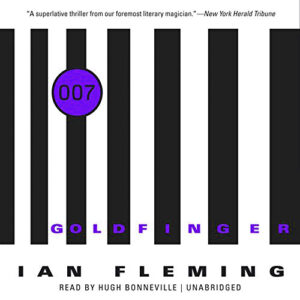 He is also the most ruthless and successful gold smuggler in the world. As James Bond tracks him down, he discovers that Goldfinger’s real game is to steal $15 billion in US government gold bars.
The final hand was played at Fort Knox, in a spectacular display of deception and intrigue.
It was an interesting story until Flemming introduced Pussy Galore, his first shot at dealing with the issue of homosexuality in a Bond novel, the novel seen as a disease. psychology is “cured” by Bond… I don’t know?