Homemade Sin is the third literary fiction book in the Callahan Garrity series by author Mary Kay Andrews.
Callahan Garrity is the owner of House Mouse, a cleaning service that specializes in cleaning for Atlanta’s elite. She is also a former police officer and a part-time detective. She and her dedicated helpers can rummage through a house for clues faster than a fingerprint can set it up. 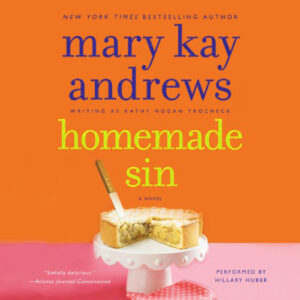 Callahan Garrity is nosy, but she likes to see her propensity to snoop as a healthy preference for the truth. When news of her cousin Patti’s death in a carjacking reached her, Callahan stripped off the House Mouse’s cleaning uniform to put on his detective hat. She doesn’t trust the Atlanta police – she used to be in their ranks – but the crime is too much of a contrast to Patti’s suburban life to seem like a random incident.