As the third and final book in The Lord of the Rings Trilogy, The Return of the King tells the final story of the Great War of the rings and the hobbits of the middle-earth. Sam and Frodo continue their dangerous journey in the Land of the Shadow in a bid to destroy the ring that wields so much power. 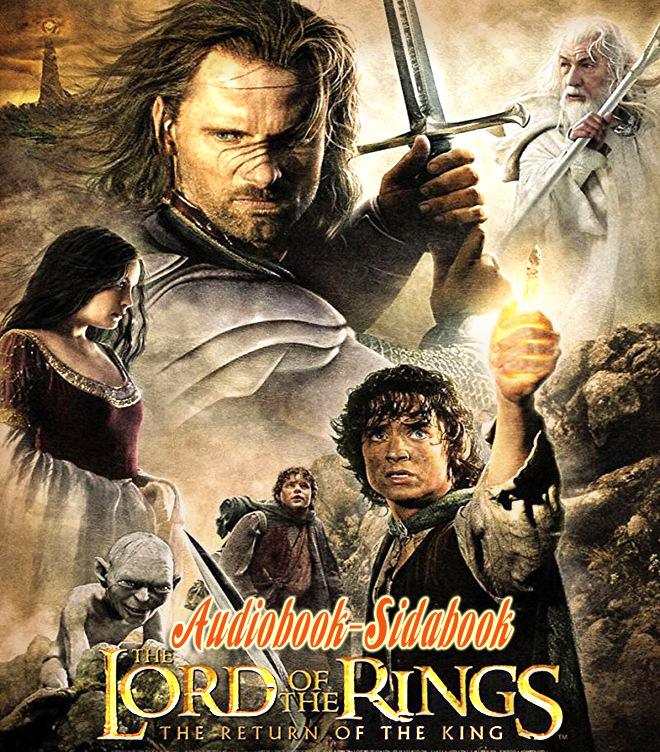 This book tells the tale of the Great War between good and evil. The melodies were composed by Claudio Howard and Inglis while the book was narrated by Inglis.

The story continues from The Hobbit and The Two Towers, as it comes to a climax with the Great War.

The chapters in the book are a bit mixed up. If you are not a consistent reader of the previous books, you may not get a clear picture of the story. But if you’ve read both the first and second book, it will be easy for you to catch up.

The hardcopy came out first before the audiobook. But even if you’ve read the book, you will still love to listen to the audiobook because of how the characters were effectively represented. Inglis unique voice makes it more interesting and captivating to listen.

There are no confusions regarding the roles of characters or locations. Overall, it’s an enjoyable fantasy fiction that keeps the readers or listener very entertained and engrossed until the end. The book has since been made into a movie.