Legend is the first science novel in the Legend series by author Marie Lu. This is a romantic thriller for the fans. He is Day, the boy walking in the light. She’s June, she’s looking for her brother’s killer. On the way to escape and secrets, they accidentally meet and blend together in an unbelievable way. Day killed June’s brother, and how does June avenge her brother’s killer? 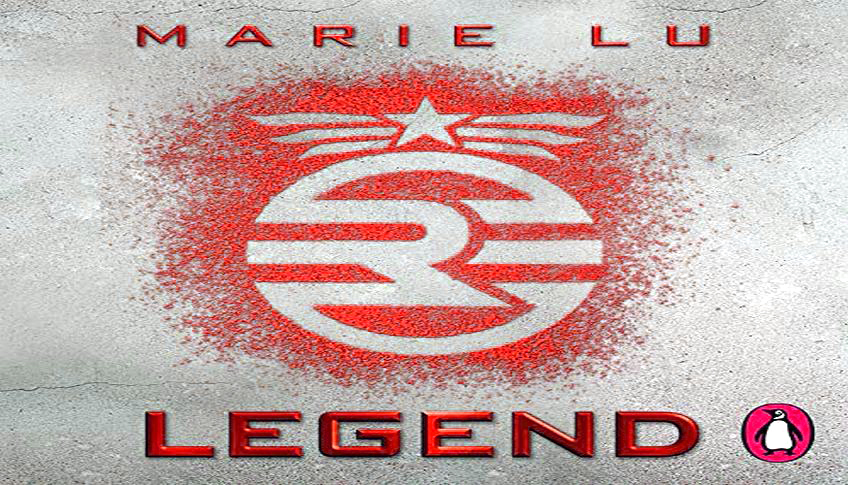 A book in 2 parts

I enjoyed this book, interesting to hear the story from two perspectives. I like the worlds that Marie Lu creates they seem both far away and familiar at the same time. I’ll likely buy the rest of this series.

In this novel, our world has been transformed (both politically and climactically). What was the United States has splintered into warring states. Day belongs to the lower class, but has left that life to attack the dominant party where he lives—the remains of a Los Angeles convulsed by rising water and fierce storms. His purpose in life is to cause the Republic trouble—robbing banks, blowing up jet fighters, and generally creating chaos. But he also keeps track of his family, supplying them when possible with food. When his younger brother becomes a victim of the plague, he knows that he must steal the vaccine to save him.
June is Day’s opposite: she comes from the upper class, she is the only person with perfect scores on the Trials, a series of tests that determine a child’s path in life: education, salary, living conditions. She, like her older brother, is training to become part of the military. But then disaster strikes her: her brother is killed during a raid on a hospital. And the military immediately identifies Day as the murderer and allows June to focus her entire being on capturing Day and participating in his execution.
The novel, itself, moves back and forth between chapters from each of their points of view. This is a powerful structural format that allows the reader to follow their changing understanding of the world and the factions they support. Lu’s writing is fine, and my only real frustration was that the major plot twist was obvious from quite early on in the book. But otherwise, this novel seems true to the genre: good folks vs bad ones; a bit of romance; some nice action sequences. I was a middle-school teacher for much of my career, and I think that many of my students would enjoy this book, and would be dashing off for the sequel, Prodigy. And it’s great to see powerful female characters!

I started this book listening to the audible version on my commute to and from work. Having gotten about a fourth through the book, I couldn’t wait to continue it. I then picked up the kindle version and finished the book in one sitting.

I really enjoyed this book. Action propels the plot at a fast pace, which keeps you absorbed in the story until the very end. The dystopian world of this book is interesting, and the horrors portrayed by some of the characters shock you.

June is super smart and resourceful. I really enjoyed reading the sections in her perspective and seeing her growth/change over the course of the book. She really was a prodigy.

This book was rather a bit short, but with how fast-paced the plot was, I wasn’t bothered by the length. The ending wrapped up nicely and there wasn’t a huge cliffhanger that would make you want to scream about how incomplete it felt. Since I really enjoyed this book, I’m looking forward to reading the next one in the series.