Human race has faced many dangers but none like the one that it is going to confront in this third part. It is the Voidbringers that come with force like never before and they enemy means business. The power is unstoppable and again a hero is needed for the job and by the looks of it everyone is sure that one hero is not ample this time. 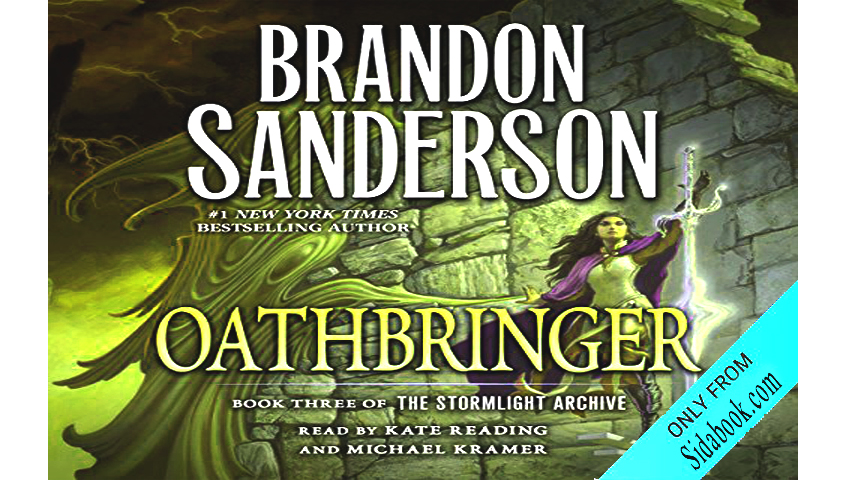 Brandon Sanderson was preparing the audience for this finale since Words of Radiance and now it is in front of our eyes fully loaded with dramas as the impact of this fictional world increases more and more in our imaginations. Parshendi calls for the Everstorm for the vengeance against the humans and with it rises the horror and terror that has long been buried under the sand or kept enslaved by the humans.

More than one enemy is perhaps more than the human race ever expected in the battlefield. Parshmen was never expected even by the enemy side and now everything looks to slip out of hands. The scenes revealing the hidden secrets are really narrated well by Kate Reading along with Michael Kramer this time.

Dalinar is the only renowned force on the land at present starts thinking of something big even for his caliber and thoughts. He has always thought about the unification of the homeland but now he thinks that he has far more superior goal at hands and can make his efforts everlasting one. There is also a talk about the restoration of the Knights which was the main cause of success in the past and now this too looks to be something not appropriate for the war. Splendid finish like never before by the author who has a habit of producing masterpiece.