The Last Oracle is the 5th book in the Sigma Force series by renowned author James Rollins. Special operations unit mission to battle a group of rogue scientists intent on bioengineering the Buddha, Jesus. , or Muhammad. Scientists hope the oracle is a harbinger of peace, but things don’t go as planned. 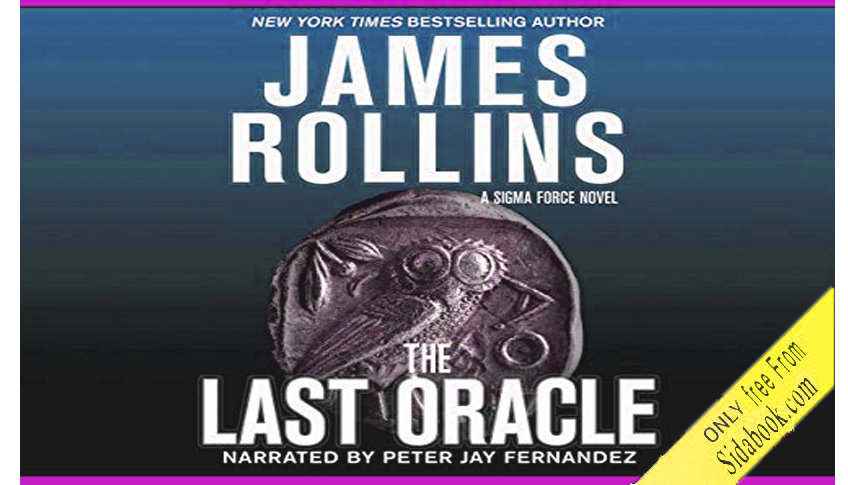 James Rollins is my FAVORITE author!!! I love his books, and just when I’ve declared my love for the last book read, I read a new one and fall hard again! This story is part of the Sigma Force series and it just grabs you and holds you until the end. So be forewarned ~ get your stuff done before reading this book, because once you begin, you won’t care about anything else until you’ve finished. It’s hard to tear away from book! I won’t spoil anything in this review, but let me just say that one of the things I love about Mr. Rollins books is that afterwards he separates fact from fiction and it’s VERY hard not to read it first, but I remain good and read story first! Let’s just say that after reading story and then the “Fact from Fiction” part ~ I was gobsmacked! So much so in fact that I made this an extra credit book for my homeschooling kid to read too! Great work Mr. Rollins!

I’m addicted to this series, as the writing is so solid. Yes, it does get a bit formulaic in the sense that you know that in any given situation something will happen that will ALWAYS present bigger issues (yet who can resist this?). What saves this from being too much to take in is that the quality research into real-life scenarios makes all the fiction entirely believable. Rollins has a lifetime fan in me.

Not often that I read a fictional book and actually learn something in the process. Goes without saying that Rollins writes fast paced action adventure stories and this one will not disappoint. I highly rate it as a page turner that I personally found hard to put down. Rollins often incorporates bits of science and history into his stories. But what really surprised me about this book was the volume incorporated regarding the field of autism study, the ancient Greek oracles, their relation to northern India, and the modern day gypsy. Throw in the Soviet legacy of their horrific handling of mining for their nuclear programs, the large swaths of contamination left behind in addition to Chernobyl, and you have more factual information than any fictional book I have read. If you are into this genre, and not interested in character development, I highly recommend this tale.