Fantasy mingles up with romance and takes everything to a new level altogether. Romance of the era and between the two people go side by side making this opening chapter a treat to listen in the voice of Davina Porter. 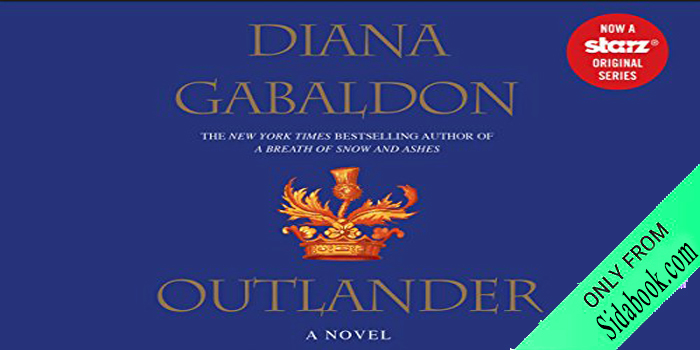 Claire Randall a thrill loving woman all her life finds more than she ever expected. Being a nurse in the army she has seen everything in her career and now she wants a time out with her husband at the end of the Second World War. The couple goes out of town in the lonely mountains where they can relish the pleasures of each other’s company but dramatic twist changes everything.

Claire touches an ancient relic and finds herself back in 1743. First she takes the whole scene as a dream but then it turns into a nightmare when she witnesses war scenes in Scotland. With no way out the soldier in her suggests her only one solution i.e join them and try to survive until a solution to her problem is found. A totally different culture is painted and in so much detail that we can compare it with the history book related to that time.

Details no doubt were needed because otherwise the whole scenery would not be that much fascinating for the fans. It is not an intentional time travel that Diana Gabaldon describes and the lady whose life is disturbed in a big way never wanted this to happen that’s why we feel a bit sorry for her ill fate. But the rest of the tour is her on choice that she makes and leads us to Dragonfly in Amber the second chapter of the series.

The author sets the base for the next part at the ending chapter and it is towards the ending that we start enjoying the era like Claire who seems to be prepared to face whatever comes ahead now. She is never seen mourning on her loses she shows a different personality that was never expected in the beginning.